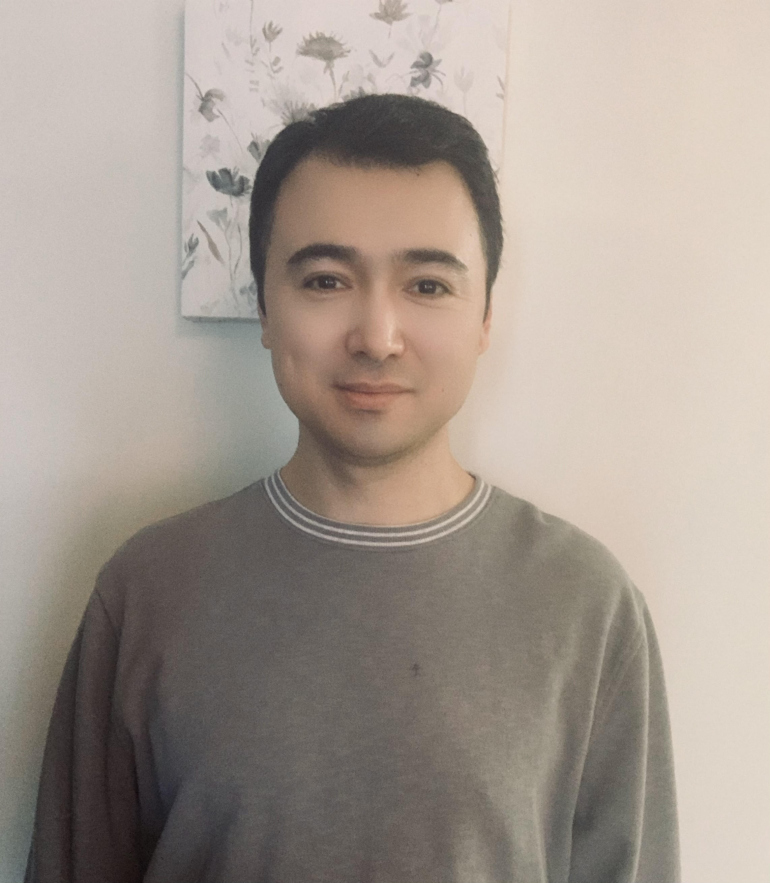 Adil graduated from Xinjiang Medical University of TCM and earned his bachelor degree of medicine in 2004, and received master degree from the faculty of TCM in the same university in 2007. Then he worked as TCM doctor in Xinjiang Traditional Chinese Medicine Hospital for one year. After that he continued his PhD program and earned his degree in pharmacology in 2011. During his ongoing PhD research, he awarded scholarships from university of Vienna in Austria, and participated in an exchange research program from 2009-2010. During 2012-2014, he served as postdoctoral fellowship in psychiatry department in university of Manitoba, and continued his research in major depression as a visiting scholar in the University of Alberta in 2015.
After witnessing the benefit that combination with massage therapy and acupuncture treatment had on his father, who endured painful suffering and sleepless nights due to a herniated lumbar disc, Adil had strong faith and passion to pursue a career in massage therapy and acupuncturist. He worked as TCM doctor in Traditional Chinese medicine hospital in Xinjiang Medical University and Xia Men Xian Yue hospital in Fujian respectively to develop and improve his clinical practice skills and residential training after he graduated in China.
As an immigrant in Canada, he started his first step of the journey at Makami College, where he learned anatomy, physiology and pathology in order to gain a deeper understanding of the mechanisms of how different massage techniques work on human bodies.
After two years of practical training, he was skilled in orthopedic assessment, advanced neuromuscular treatment techniques, myofascial release and cupping, myofascial trigger points treatment, acupressure and meridian massage techniques. Furthermore, he had mastered Swedish relaxation, deep tissue, hot stone and prenatal and postnatal massage.
With great effort over those 2 years, Adil successfully completed 3000h advanced clinic massage therapy program and certified Registered Massage Therapist, holding membership with CRMTA. After that, he continued his three years education in acupuncture program in Reeves College and successfully passed his Pan-Canadian Acupuncture board exams and became fully licensed registered Acupuncturist in Alberta. Combination with Eastern and Western modalities to benefit the people is his passion and he has been driven to explore more effective modalities to customize individual therapeutic treatment plans based on clients’ different conditions.
Adil loves to help clients manage pain and discomfort with his knowledge and therapeutic techniques. The client’s satisfaction and smile as a result of his treatments are his greatest reward and his motivation to challenge himself to develop as a therapist.